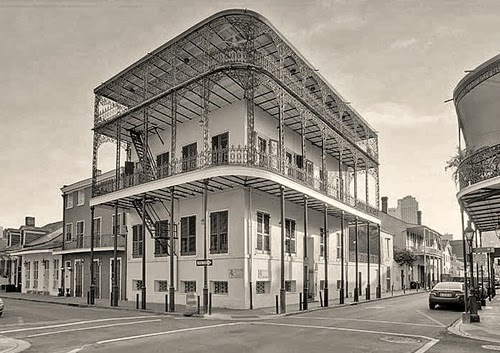 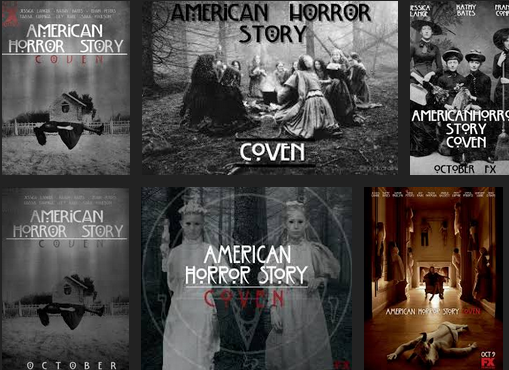 America’s Haunted Road Trip author Kala Ambrose has just posted a great article on her blog, Explore Your Spirit with Kala, where she discusses the presentation of Madame LaLaurie on FX’s American Horror Story: Coven. Madame LaLaurie is covered in-depth in Ambrose’s book Spirits of New Orleans, both her history and the rumored ghost stories behind it all.

In Spirits of New Orleans, Ambrose states that “more horrific activities have occurred at this home [LaLaurie’s] over the years and no one is ever able to rest easy in the home. The house appears to have a “presence,” an entity that has developed from all the torture and misery experienced in the home. The entity seems to have an effect on all who stay in the home, leading many of them to do dark deeds of their own.”

In the article, Ambrose claims that “as to Madame LaLaurie, she is buried in New Orleans, where she reportedly is still at rest, unlike her resurrection in the first episode of American Horror Story: Coven.”

Check out the entire article here, and then decide for yourself whether or not American Horror Story: Coven’s portrayal of Madame LaLaurie is fact or fiction! If you are interested in knowing the rest of the story behind all of the characters being portrayed in American Horror Story: Coven, you can dive into the rich history and infamous spirits of New Orleans with Kala Ambrose’s book, Spirits of New Orleans. 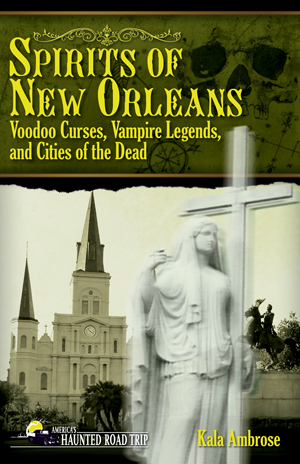 Just about every city has a homegrown ghost story that is closely linked to the town’s history. If you’re interested in exploring the unknown, here a few haunted road trips near the Ohio, Pennsylvania, and Virginia borders. Explore rich history, haunted locales, and enjoy some of the best fall foliage along the way.

Willoughby, Ohio
The Willoughby ghost walk is a guided tour through the haunted historic district of downtown Willoughby, beginning at Cathi’s store on Erie Street, The Spice Peddler. The tour covers approximately twelve blocks and takes about 90 minutes. Described as a rough town, the basements of stores along the ghost walk used to be homes of brothels, speakeasies, and number rackets back in the twenties and forties.

Fort Mifflin, Philadelphia, Pennsylvania
All battlefields and forts have their resident ghosts, but Fort Mifflin ranks high on the list when it comes to the paranormal. Some visitors claim Fort Mifflin to be one of the most haunted places in the country, especially during a moonlit night. There are plenty of phantom activities, but the most renowned ghosts are the Screaming Lady and the Faceless Man. Ghosts have been reported all over the fort, in buildings and out in the open. The 14 buildings of the fort sit on 50 acres on Mud Island, a stone’s throw from Philadelphia and its International Airport.

Ghosts of the Valley, Winchester, Virginia
Winchester may very well be the most haunted city in the entire Commonwealth of Virginia. Located at the north end of the Shenandoah Valley, Winchester is the northernmost community of any size in the state. The Fuller House Inn and Mount Hebron Cemetery are only a couple of the haunted locations in Winchester. Several ghost tours are offered in Winchester.

To find out more about these sites and more in their areas, or to discover other haunted locations in your area, check out the rest of the books in the America’s Haunted Road Trip series here. 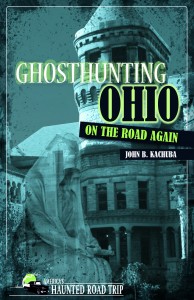 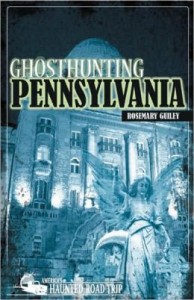