Kala Ambrose, author of Ghosthunting North Carolina, felt the ghosts of both Union and Confederate soldiers who never left the battle when she visited Fort Fisher, one of the largest forts built of earth and sand.

Fort Fisher is located near the Cape Fear River and is one of the largest forts built in the South. The entrance to the fort is imposing, and the giant oaks surrounding the fort stand as guardians with deep, sorrowful stories to tell. The construction of the fort is interesting; rather than being built of brick and mortar, it was made with earth and sand in order to absorb the shock waves from explosions. 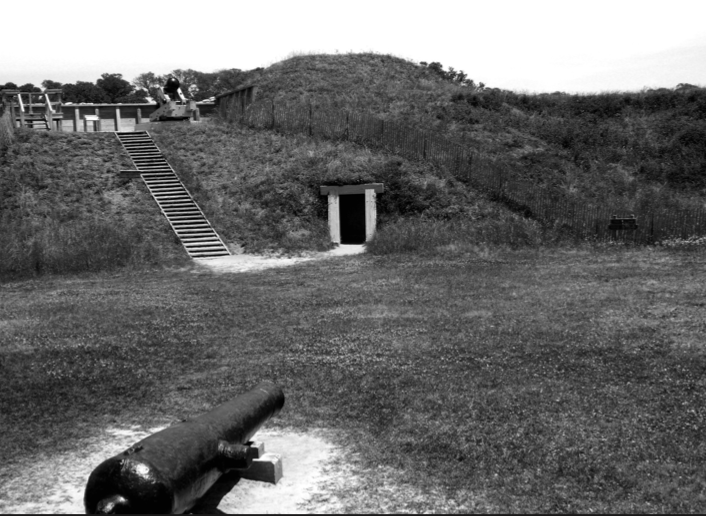 The fort’s ramparts were built to be 32-feet high and were connected by underground passages and a telegraph system. More than 1,000 men worked to build the fort; upon its completion, 22 guns faced the ocean and another 25 guns covered the approach by land.

In 1864, Wilmington was the last major seaport to remain open during the Civil War to receive goods smuggled in from blockade-runners, the others having been blockaded or occupied by Federal forces. Norfolk, Virginia, fell in May of 1862, and the supply line in Wilmington was the last one standing to deliver necessities to Robert E. Lee’s men in Virginia and other troops farther inland. The only reason that the port of Wilmington was still open was due to the protection provided by Fort Fisher.

On Christmas Eve 1864, Union troops and ships attacked Fort Fisher and bombarded the fort through Christmas Day. The troops then retreated after two unsuccessful days of fighting. Union forces returned in January of 1865, when they bombed the fort from tactical areas both on land and by sea for almost three days. At the end of these three days, more than 3,300 Union soldiers attacked the fort. With these large numbers, they were able to take the fort by nightfall.

When Fort Fisher fell to Union troops, it was one of the final nails in the coffin of the Confederate army. They evacuated the area, and the port of Wilmington was no longer able to receive smuggled goods. With supplies cut off, the War Between the States soon ended.

After the battle was over, Union troops occupied Fort Fisher, using it to hold Confederate prisoners and to serve as a base of operations. On January 16, 1865, the fort’s main magazine mysteriously exploded, killing more than 200 Union soldiers and Confederate prisoners. Shortly after this time, ghost stories began to be reported.

One of the ghosts reported to haunt Fort Fisher is Confederate spy Rose O’Neal Greenhow, also known as Rebel Rose. Rose was considered to be one of the most important female spies of the Civil War. Born in Maryland to a slave-owning family, Rose grew up a socialite in Washington, D.C. Among her close friends were John Calhoun, James Buchanan, and Dolley Madison. Rose married Robert Greenhow, and they traveled to San Francisco during the gold rush, where Robert died in a tragic accident. Rose returned to Washington and was known for her social skills and her love affairs with prominent men. This led to the large amount of information she received regarding Union plans for the Civil War. 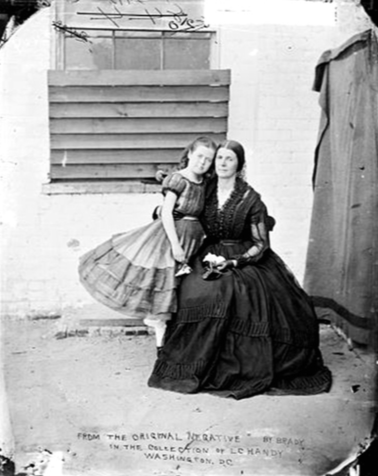 One of her greatest accomplishments as a spy was delivering a coded message to General Beauregard that enabled him to win the First Battle of Bull Run. She was eventually captured and imprisoned, along with her 8-year-old daughter. This backfired for the Union as a public relations campaign, as Rose became a martyr for the Confederate cause. Even while imprisoned, though, she managed to continue to run a spy ring, sneaking out messages in secret places, including tying notes inside the buns of other women’s hair.

In 1862, she stood trial for espionage and gave a passionate speech in which she asked the court questions such as this: “If Mr. Lincoln’s friends pass along such important informa- tion to her on such a frequent basis, shouldn’t they be looked into as well for espionage?” The Union judge, knowing that she was already being covered heavily in the press for her bravery and imprisonment with her young daughter, decided it would be best to release her with the decree that she must return to the South and never return to the North again. When she was released, she exited the prison draped in a Confederate flag.

At that point, she traveled to Europe to campaign for assistance to the Confederacy as a diplomatic emissary of Jefferson Davis. It was during this time that she wrote her book, My Imprisonment and the First Year of Abolition Rule at Washington, which was a bestseller. She also met with Queen Victoria and Napoleon III during her time in Europe.

During her return from Europe, Rose was aboard a blockade runner that ran aground off the coast of North Carolina near Fort Fisher during a fierce storm. The legend states that Rose asked to be placed in a rowboat so she could leave the ship and reach the shore before nearby Union ships captured the damaged blockade runner boat.

The rowboat carrying Rose overturned in the strong waves, and Rose drowned. She was reportedly carrying several thousand dollars worth of gold from the proceeds she earned by selling her book in Europe. The gold was sewn into her clothing, and the weight of it pulled her under in the stormy seas. It was also reported that she was carrying several bags with secret messages from Europe that would have benefited the Confederate Army.

Legend states that a soldier found her body washed up on shore and that he stole the gold from the bags sewn to her clothing. Rose was buried with full military honors in Oakdale Cemetery in Wilmington, North Carolina. The legend also reports that the thief who stole the gold from Rose’s body felt so guilty that he later returned the money to her estate.

Rose’s ghost is most often reported not at the cemetery but rather near the shore heading toward Fort Fisher. It appears that she is still trying to complete her mission and deliver the messages from Europe to the Confederate army.

During my time at Fort Fisher, I checked out the fiber-optic battle map, which uses sound effects and flashing lights to give a sense of what the battle felt like during this time. The flashes portray the charged energy experienced by Union and Confederate soldiers during this siege. While this portrayal brings home how intensely the fort was attacked, I had the most eerie feelings when walking alone around the fort. Certain areas were so still and empty. Yet, as I walked farther around the various sections of the fort, there were old sounds that began to rise from the building, including whispers coming from around corners, the sound of shuffling feet perhaps from imprisoned soldiers, and the sound of heavy boots pacing back and forth from a soldier on guard duty.

Fort Fisher was called back into action during World War II, when it was used as a training site for anti-aircraft artillerymen. As the war raged on, German U-boats were reported off the coast of North Carolina and were responsible for sinking several American ships. There is also a legend that German sailors from a submarine were caught near Fort Fisher on their way to plant dynamite and blow up the channel that allowed naval ships to move throughout the area near the port of Wilmington. The rough and ready battle feeling in this area still permeates the land. Many ghost sightings are reported of soldiers pacing around the fort at night, and shots are heard in the distance.

During my tour of the fort in broad daylight, I was surrounded by tourists and families exploring the area. Even with so many living people around, I could feel the ghosts of both Union and Confederate soldiers who never left the battle. I wanted to stay overnight at Fort Fisher, but that is not permitted. Should anyone be left there alone on a moonlit night, I believe that the ghosts of Fort Fisher would certainly pay a visit to anyone trespassing in their fort.