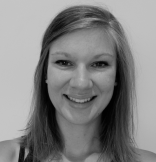 Kailyn Lamb, author of Ghosthunting Colorado investigated reports about paranormal activities going on at the Oxford Hotel. Here is what she found out.

As the oldest hotel in Denver, the Oxford Hotel’s history is rooted in luxury. Built in 1891 during the peak of the silver rush, the hotel was fitted with gas heating and an elevator and even had its own power plant to enable these luxuries.

The building was designed by Frank E. Edbrooke, who, coincidentally, designed the Brown Palace, Denver’s second oldest hotel and the Oxford’s prime competition for the most haunted hotel in Denver. The hotel is five stories high and contains several reputedly haunted locations.

One of the first haunted locations presents a little bit of a novelty. Located off the main lobby and down some stairs on a lower floor is a women’s restroom, but when the hotel was originally built, this area was the barbershop. Some of the activity here is fairly “typical,” such as doors locking by themselves and faucets turning on of their own accord. What makes this restroom a little more unique is that the ghost who resides there is apparently a peeping tom who has frightened several women trying to use the facilities. Undoubtedly, this puts the hotel in a slight predicament, as there are not many women who would appreciate a desk clerk telling them that the person startling them in the bathroom is a ghost or a figment of their imagination.

The next room that sees ghostly activity is the Cruise Room. It now houses Denver’s first 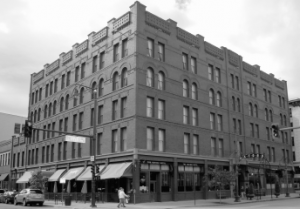 post-Prohibition bar, which opened the day after passage of the 21st Amendment, which ended Prohibition in December 1933.

As far as paranormal activity goes, it is reputed to be haunted by the ghost of an old man who comes to the bar to order a beer. Bartenders and patrons alike have witnessed the man drink his beer and continuously mutter about getting presents to children. When the man leaves and the bartender goes to pick up his empty glass, however, he always finds it full again. He is supposedly the ghost of a mailman who was going to deliver Christmas presents to children in Central City in the early 1900s, but he never arrived, and people assumed he had stolen the gifts. His partially frozen and decomposed body, however, was found in Central City with the presents still with him near the end of winter.

One of the more mystifying and scary areas of the Oxford Hotel is its attic. It used to be a hot spot for ghost tours but now the hotel uses it for storage, and customers are no longer allowed into it. Some say it is one of the more eerie of the haunted locations in the building, and it has been the subject of paranormal investigations in which people claim to have recorded voices. Some employees will not go up into the attic alone because of the creepy vibes they get there. There have also been reports of objects stored there moving by themselves and the distinct sounds of footsteps behind people when it is obvious no one else is there.

The last of the haunted locations in the Oxford Hotel is room 320. About half of the stories about it say that a woman named Florence Richardson was staying in the hotel with her husband one night in 1898 when she decided to kill him and then turn the gun on herself.

Guest have reported waking up to an apparition of a male figure at the foot of the bed yelling about corrupting his wife. Reportedly this has caused several of the men to leave the room, and in turn the hotel, immediately. Other accounts report the bathroom light turning on and off very quickly and feeling a depression in the bed next to the guest as if someone were lying down.

Room 320 has been called the Murder Room and is one of the most requested in the hotel. Like the attic, it has also had many paranormal investigators visit it.

The hotel currently no longer advertises itself as a haunted hotel and has stopped giving haunted tours, although CBS did rate it as one of the top haunted tours in 2012. The hotel may no longer present itself as a haunted getaway, but customers still flock to room 320 and the rest of the site, hoping to catch a glimpse of past lodgers who never left.