The Battle of San Jacinto occurred on April 21, 1836, and lasted a mere 18 minutes. Sam Houston led the Texas army to fight Santa Anna, the president of Mexico, resulting in the loss of hundreds of men, only nine of which were Texas soldiers. San Jacinto was the victory that ended the Texas Revolution and secured Texas’ independence from Mexico. Santa Anna was caught dressed as a common soldier the day after the battle, and he was held prisoner at several plantations in the South while his captors negotiated his fate.

He was eventually transported to the Orozimbo Plantation on the Brazos River, less than a dozen miles north of West Columbia. A Mexican officer accompanied by several of his men made plans to advance on the plantation and free their president. The thick trees bordering the river provided an excellent cover as they advanced one stormy evening, taking advantage of the sound of the pouring rain  to conceal their approach to the farmhouse in which Santa Anna was held prisoner. Just as they were about to rush the guards, an eerie and unmistakable sound of howling dogs came quickly towards them, and the Mexican men were forced to retreat. Those keeping guard at the farmhouse went to investigate, but they found no animals in the area.

The howling dogs had been heard by many, yet no one could explain where they had come from, as they had not been seen. Speculation arose that they may have belonged to a man who went off to war and never came home, forever leaving his faithful friends to search for him.

It has been well over a century since Santa Anna was held at Orozimbo, yet stories of the phantom dogs never seem to fade away. In fact, many people still claim to hear the pack roaming through the dense jungle of trees near the property, letting out an eerie howl as they approach. While Santa Anna was eventually allowed to return to his country, the ghosts dogs are still—and might forever be— keeping watch over Orozimbo Plantation.

The Lone Star State is so vast it includes just about everything — including ghosts! For more haunted stories, check out April Slaughter’s book Ghosthunting Texas.

Orb or Orbs—These appear as balls of white light that can be translucent or opaque. Sometimes they appear to have a hue or color, either red or blue. In most cases, orbs are determined to be the result of the digital camera taking a picture of dust, pollen, or an insect. In most cases, the orbs show up in pictures but are undetected by the photographer’s eye.

Ectoplasmic Mist or Vapor—This anomaly is an amorphous cloudy or smoky appearance in photos. This mist shows up in photos, even though the photographer doesn’t see any obstruction or interference when taking the photo.

Vortex (Vortices-pl.)—This anomaly appears as a tornado or funnel-shaped mist in photos.

Full Body Apparition—The ultimate capture for a paranormal investigator, full body apparitions can appear as solid as you and I or as a shadow or pile of dust in the form of a human. They can be seen with the human eye as well as in photographs.

EMF (Electromagnetic Field)—The device, an electromagnetic field strength meter, is used to track the EMFs during an investigation. It is theorized that a spirit or ghost will cause a fluctuation detected on the meter between 0.2 to 0.4 milligauss.

EVP (Electronic Voice Phenomena)—Typically, the spirit or ghost’s voice is not heard with the human ear but is picked up by either digital or analog audio recorders. The movie White Noise dictated the accurate definition of EVP but instead portrayed ITC—Instrumental Transcommunication. (ITC—voices of the spirit world are supposedly captured by having one’s camcorder record the white noise displayed on one’s TV set.)

Residual Haunting—This is the effect of a traumatic or emotionally charged event leaving its mark in time so as to play itself over and over. Some residuals are audio only, some are video only, and some are both audio and video. Residual haunting is non-interactive with the living or the surroundings.

About the author:  L’Aura Hladik’s interest in the paranormal started in childhood and culminated with living in an actual haunted rental house when she was in the eighth grade. In 1993, she officially began hunting for ghosts; in 1998, she founded the New Jersey Ghost Hunters Society, which is the largest organization of its kind in the “Garden State.”

In addition to ghost hunting, writing about ghosts, and presenting her findings to schools and libraries over the years, she’s also appeared on the nationally syndicated talk show Montel Williams, as well as local cable shows and New Jersey’s own radio station, 101.5 FM.

L’Aura’s ghost research takes her beyond the borders of New Jersey to other states—even other countries, such as Ireland. Yet the “Jersey Girl” always comes home to her favorite haunt. One of L’Aura’s most prized possessions is her 1983 Cadillac Fleetwood, affectionately known as Jezzabelle.

L’Aura Hladik is the author of Ghosthunting New Jersey where you can find 34 tales about the scariest spots in the Garden State. 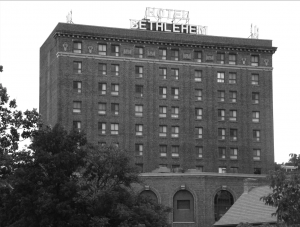 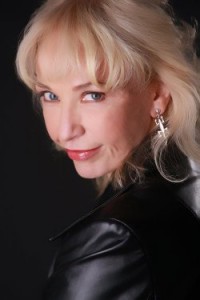 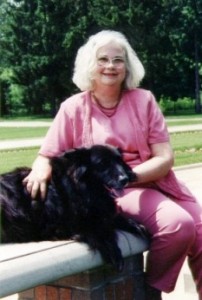