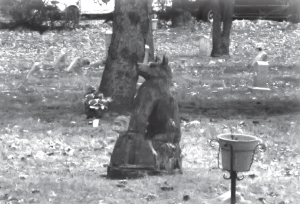 There are plenty of haunted cemeteries in and around Cincinnati, here are the ghost stories for three of them.

This creepy cemetery in the middle of nowhere is reputed to be one of the most haunted cemeteries in the southwestern part of Ohio. Through the years many strange stories have been told about this graveyard. Some of the more common and harmless ghost stories involve strange lights. People who visit at night will sometimes see what appears to be a light from a lantern bouncing along throughout the cemetery. Other reports simply involve a floating ball of light that weaves its way through the headstones.

Another somewhat harmless phenomenon involves voices that seem to come from all around the cemetery. These voices are so clear that the witnesses are certain there is someone else nearby. The strange thing, though, is that this place is so isolated there is almost no feasible way that someone could be way out in the middle of nowhere without a car. If anyone drove up, the car would be easy to see in the surrounding area.

Other stories about the cemetery are not quite so harmless. According to legend, if you visit this place at night, you will be plagued by bad luck. Another story says that if you leave your car and walk through the cemetery, when you return to your car there will be a surprise waiting for you inside. Unfortunately, anyone who has received this surprise refuses to reveal what it is, saying only that it startled them so much when they saw it that they almost ran their car off the road.

Millville Cemetery seems to be a hotbed of paranormal activity. Perhaps this activity is due to the clash between the spirits of the older graves and the new burials that happen every year. Perhaps the older spirits are concerned that they will be forgotten, so they make themselves known.

People will often see full apparitions in the cemetery. While the encounters most often happen at night, they have been known to happen at dawn or dusk or during cloudy or rainy days. Two apparitions are seen most often. The first one is an old man that people will see walking aimlessly around the cemetery. The old man will roam around for a while, seemingly looking for something and then will vanish. The second apparition is that of a young girl, who is seen standing near one of the trees near the front of the cemetery. She always stares out toward the field to the west of the cemetery. Visitors also talk of seeing strange balls of light that seem to float through the cemetery, and of feeling cold spots on warm days.

This cemetery is quite haunted. People will hear strange voices and sobbing coming from the grounds at night. When people walk through during the day or night, they feel that they are being followed or watched. Sometimes people will actually see ghostly figures, which vanish when they are approached.

Perhaps the spirits of all those unfortunate souls who are buried here are upset about the shabby condition of the cemetery or about having been buried in a potter’s field. The ghosts here always seem to give off an angry and menacing vibe.

Cemeteries are often haunted, as if the dead have a hard time leaving their physical bodies behind. Much of their world seems to consist of wandering aimlessly through cemeteries or repeating trivial gestures that they often did in life. While many of these actions may seem meaningless, we need to make sure that when the dead do have something important to say…we’re listening.

Princeton Road and the Prom Ghost

Ode to the Prom-day horror story…if we don’t have one ourselves, we know somebody who does. This story starts like you would expect: with a young woman excited to go to the school dance. She has her date and her dress, the two prom essentials, what could go wrong?

Well, for starters the weather was not cooperating. It was raining. Her date called to tell her he could no longer pick her up—but he would meet her there! It wasn’t an ideal situation for the young woman, but she decided to take him up on his offer and drive herself to the prom. She left her date waiting…because she never made it to the prom. A car hit her on the way, causing her to spin out of control. She died that night.

Now cars speeding down Princeton Road will encounter what appears to be a young hitchhiker girl dressed for the prom. This is where the story splits in two:

Some say the spirit of the girl walks Princeton warning passing drivers of the dangerous road ahead. Others say that the girl is indeed hitchhiking and goes as far as to get in the car, tell the driver where to go and then suddenly vanishes. But other cars who pass her by mysteriously get in a wreck.

Visiting: The best way to drive when attempting to encounter this phantom hitchhiker is

to begin your drive near the church on the western end of Princeton Road.  Drive east down Princeton Road past Rose Hill  Burial Park. According to the legends, the area just past the cemetery is where she was killed and where people encounter the apparition most frequently.

Warning: If you see a girl hitchhiking on the side of the road in her prom dress, it may be in your best interest to pick her up and take her wherever she wants to go. You wouldn’t want to make her mad.

To discover other haunted locations in Cincinnati (including Eden Park, Kings Island, and St. Xavier Highschool) check out Cincinnati Haunted Handbook by Jeff and Michael Morris. 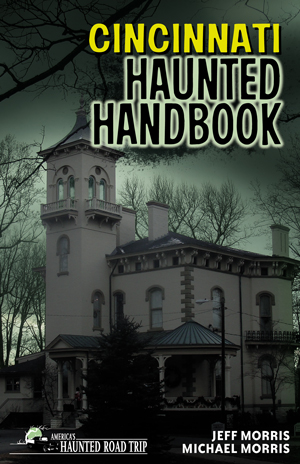