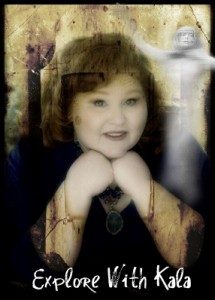 The North Carolina coast is one of the most dangerous of the Atlantic for ships. The unpredictable and treacherous currents and ever-shifting sandbars have run more ships aground here than anywhere else along the Eastern Seaboard, giving the North Carolina coast the nickname Graveyard of the Atlantic. This is why so many lighthouses were built in the state, as a warning to sailors as they approached the coastline.

Built in 1875, the Currituck Beach Lighthouse is located to the north of Bodie Island and was the last major lighthouse erected on the Outer Banks. Its most distinguishing feature may be that it remains in its original brick form, rather than being painted in a bold black-and-white pattern like most other North Carolina lighthouses.

The Story of the First Lighthouse Keeper’s Daughter, Sadie 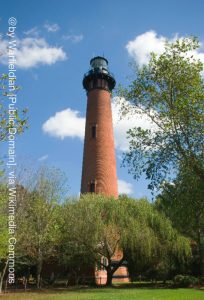 Each lighthouse hired what was called a “keeper,” a man who would care for the lighthouse and ensure that the light was in good working order at all times. A small cottage was built next to each lighthouse in order to house the keeper and his family. Once construction was complete on the lighthouse and cottage, the first lighthouse keeper for the Currituck Beach Lighthouse settled into the cottage with his wife and their daughter, Sadie. Sadie slept in what is referred to as the north bedroom of the cottage.

One day Sadie was playing on the beach and went missing. Her body was found washed up on shore the next day. Shortly after her demise, people reporting seeing the ghost of a little girl appearing around the lighthouse and the cottage. Rumors began to spread that the keeper’s cottage was cursed and that illness, misery, and death fell to anyone who slept in the north bedroom. Over the years, lighthouse keepers and their guests who slept in the north bedroom reported seeing and feeling a ghost in the room, and several became ill while sleeping in the room.

Ghostly Apparitions and Other Restless Spirits Frequently Seen Around the Lighthouse 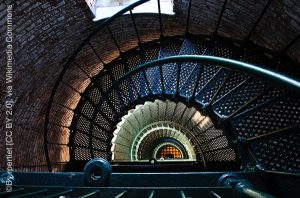 Until recently, it was unclear why so many spirits appeared in this area. In 2009, after a ferocious winter storm along the Outer Banks, waves from the Atlantic Ocean dredged up a shipwreck, placing it at the edge of the shore. The ship appears to be from the early 1600s and may be the oldest shipwreck ever found along the coast of North Carolina. East Carolina University (ECU) students, underwater archaeologists, maritime history experts, and members of the North Carolina Wildlife Resources Commission worked around the clock in a race against the tide to pull the shipwreck farther up the beach to safety. The ECU team continues to work on identifying the ship; most recently, coins were found with fleur-de-lis symbols on one side and the image of King Louis XIII on the other. While the name of the ship, along with her crew and passengers, has not yet been identified, such a large ship most likely was carrying a full load of goods and passengers.

The ship sank more than 200 years before the Currituck Beach Lighthouse was built near its underwater grave. It’s very likely that the ghostly passengers wandered the coast of Currituck Beach for hundreds of years and now make the Currituck Lighthouse and keeper’s cottage their home. Many also suspect that young Sadie may have been lured into the ocean after seeing one of the ghosts in the water, which led to her drowning.