The Life and Legend of Blackbeard’s Ghost 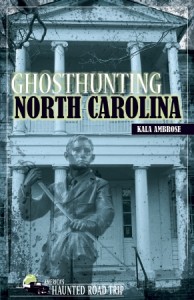 Blackbeard the Pirate may be the most famous pirate ever known, and his legend, his legacy, and his ghost remain with us to this day. His proper name was Edward Teach. He gained the nickname of Blackbeard from his long mass of tousled black hair that whipped around his head, as well as his scruffy black beard. They gave him a dark, forbidding look, and it was reported at times that he would place lit fuses under his hat that would shower his face in sparks, in order to further intimidate and scare people.

Reports of Blackbeard’s ghost began in the 1800s. Locals reported seeing and hearing an epic battle with ghostly ships and men waging war against each other near Bath Creek and the inlet. Massive balls of fire were also seen moving back and forth across the water toward the ships. Legends state that Blackbeard’s ghost most often appears right before a storm rages along the coast of Ocracoke, Bath, Albemarle, and Pamlico Sound. He seems drawn to the sea when the waves pick up and are thrashing, and some say he is looking for his head. There is often a light seen accompanying his ghost, which is referred to as Teach’s Light.

Blackbeard continues to roam the coast of North Carolina and is said to frequently visit the coastal towns where he once lived. On a dark stormy night, don’t be surprised if you run into the pirate walking along the coast.

About the author of Ghosthunting North Carolina: Award winning author, national columnist, inspirational speaker, and host of the Explore Your Spirit with Kala Radio and TV Show, Kala Ambrose’s teachings are described as discerning, empowering and inspiring. Whether she’s speaking with world-renowned experts on the Explore Your Spirit with Kala Show, writing about empowering lifestyle choices, reporting on new discoveries in the scientific and spiritual arenas or teaching to groups around the country, fans around the world tune in daily for her inspirational musings and lively thought-provoking conversations.