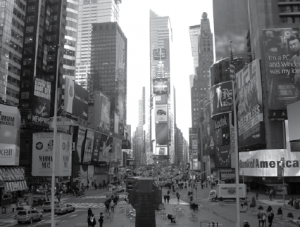 Times Square draws people in this life and the afterlife

The most famous spot in New York City has to be Times Square. It’s appeared in countless movies, such as Big, I Am Legend, and Jerry McGuire. Certainly everyone recognizes it as the place to watch the ball drop on New Year’s Eve. In fact, Web cams make it possible to view this legendary location from anywhere in the world all year long.

Times Square draws people from all over the globe, in this life and the afterlife. Case in point: Two Royal Air Force pilots who appeared mysteriously on the corner of 45th Street in Times Square during World War II. They asked Harvard graduate Oswald Reinsen, who was standing next to them on the corner, whether they were in Times Square. He confirmed their location, then began to cross the street. They followed him. Noticing the pilots’ uniforms and their English accents, Reinsen struck up a conversation with them. They told him how determined they were to visit Times Square. Reinsen noticed they kept a close eye on the time, checking their watches habitually every 10 minutes or so. After walking several blocks, Reinsen reached his destination, the Harvard Club. He invited the RAF men to join him, and they gladly accepted. 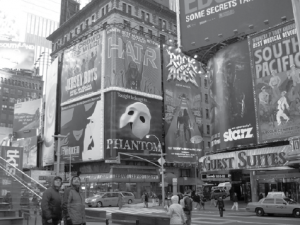 They enjoyed dinner and “spirited” conversation; all the while, the two RAF men kept checking the time on their watches. Just before midnight, they explained that it had been close to 24 hours since their planes had been shot down over Berlin. As they rose from their seats, they thanked Reinsen for the meal and proceeded toward the exit. Reinsen watched, dumbfounded, as they got lost in the crowd and vanished from view.

The story of a crisis apparition on Times Square

That story may be the most extensive and intense example ever of a crisis apparition. A typical crisis apparition occurs immediately after death. The newly deceased person, without the trappings of his corporeal being, “makes the rounds” by showing up to loved ones as a final farewell. Here’s how a crisis apparition works: You answer the doorbell, and there’s your Uncle Ted. You’re excited to see him and invite him in. Knowing how sick he’s been with cancer, you can’t believe how great he looks and that he is out and about. You make him comfortable on the couch and dash off to the kitchen to make him a cup of tea. All the while you’re chatting at 1,000 words a minute and not realizing Uncle Ted isn’t responding. You come back to the living room with his cup of tea, and he is gone. As you call out for him, the telephone rings. You answer the phone, and your Aunt Betty says that Uncle Ted just died. 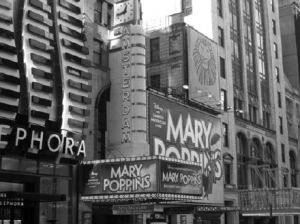 Most crisis apparitions appear as solid as you and I. Some may speak, but that’s rare. As an example of how solid they can appear, I know of a woman who bumped into the crisis apparition of her father.
She worked in New York City, and her demanding job had her rushing from one meeting to the next. While she was racing to pick up a sandwich and head to the next meeting, she was checking messages on her cell phone. Someone bumped into her, and when she looked up from her phone long enough to give the person a nasty look, she saw her father. He waved to her and vanished in the crowd. She wondered why her father was in New York City, but she continued to rush to her meeting, figuring she’d see him back at her office later. She had enough time to inhale her sandwich, shut off her cell phone, and sit down for the start of the meeting.

After the meeting, she checked her messages and heard a heartbreaking one from her mother that said, “Daddy had a heart attack. He’s dead. I need you to come home right away.” Once home, she learned that her father had died around the time she bumped into him on the street. He had come to New York to wave a final good-bye.