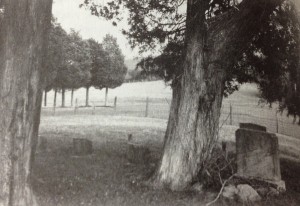 Americas Haunted Road Trip will soon be headed for Victory of Light Expo, Cincinnati’s premier body, mind and spirit event – and with Thanksgiving just around the corner we are celebrating with a GIVEAWAY for all our fans. Scroll down for easy entry information.

Since its inception in 1992, Victory of Light, has established itself as one of the largest and longest-running metaphysical conventions for the general public in the country.

Americas Haunted Road Trip will be joining over 250 vendors. We will bring our entire collection of haunted road trip guide books including our latest addition Ghosthunting Oregon.

About Ghosthunting Oregon:  Our latest book takes readers along a guided tour of some of the Beaver State’s most haunted historic locations.  Author Donna Stewart invites you to accompany her as she explores each site, investigating eerie rooms and dark corners.

About the author: Donna Stewart is a noted paranormal researcher, radio host, writer, and founder of the nonprofit Southern Oregon Project Hope.  With a lifelong interest in the paranormal, she has devoted more than 30 years to research, mentoring new investigators, and confounding the highly regarded paranormal research team Paranormal Studies and Investigations (PSI) of Oregon.  She also hosts the long-running BlogTalkRadio Show PSI-FI Radio.

Come and visit us at booth # 622. Meet some of our authors, take advantage of incredible deals and enter our raffle for a chance to win one of our many awesome prices.

So join us November 22 & 23 at the Sharonville Convention Center for the 2014 Victory of Light Expo.

There is a haunted Cincinnati Zoo story out there and the ghost that haunts this location is that of a lion. That’s right – a ghost lion walks the paths at the zoo and will often watch passersby from the safety of the thick foliage that lines many of  the paths.

Witnesses claim to have been walking alone down a remote path and heard what sounded like the footfalls of a large lion behind them. Sometimes these witnesses have become so terrified that they broke into a run, hearing the sounds of the lion’s footsteps keeping up with their every step.  When they feel that the lion is about to strike, they turn to face their attacker only to see that there is nothing following them.

Other times, witnesses will see the glowing eyes of a lion looking out at them from the brush down a dark, out-of-the-way path.  These witnesses slowly walk the other way, hoping the lion doesn’t follow them.

The Cincinnati Zoo was the second one built in the Western Hemisphere, after the zoo in Philadelphia, and it contains the Western Hemisphere’s oldest standing zoo building, today’s reptile house.  From the time the zoo was built in 1875 until the present day, many animals lived and died there. This zoo also housed the world’s last passenger pigeon the world’s last Carolina Parakeet.  After these animals died at the zoo, they were considered extinct.

Visiting and checking out the Haunted Cincinnati Zoo Story

The zoo is open to the public, of course, but it charges an admission fee, whether you’re there to see the animals or to research the ghost stories. The zoo closes at six p.m. during the spring and summer and at five p.m. during fall and winter.  If you want the added spookiness of being there at night, come to the annual Festival of Lights, which is held every November and December. At this event, the zoo is open until nine p.m. and so the place is open well past dark.  The zoo also holds an event on weekends in October called “Hallzooween” where the zoo is decorated for the Halloween season.  This event is only open until five p.m., however, so you will have to leave the park before dark.

If you hope to find the ghost lion, linger on the more remote paths that weave through thick foliage. If you see the lion, it’s all right to get scared. After all, this is a zoo, and it is entirely possible that the lion may not disappear before it attacks.

Western Hills Country Club Ghost Story is one of many ghost stories detailed by Jeff and Michael Morris in their book Cincinnati Haunted Handbook. The brothers guide the readers to haunted roads and bridges, to cemeteries and museums, to schools, theaters and restaurants, stores, and any other place where people have reported paranormal experiences.

There are a variety of small hauntings that occur in this building. Sometimes glasses in the bar area will fall from where they are being stored all by themselves. People will see ghostly figures in early twentieth century dress walking throughout the building.

When approached, the figures fade away. Sometimes at night, when all the customers have left, people will see a man dressed as an employee setting the tables in the dining room. When approached, he vanishes.

If he is not approached, he finishes setting the tables and then disappears into the back of the building. Talk about a dedicated employee! Forget about calling in sick, these employees show up to work when they’re dead!

The history of the Western Hills Country Club

This country club was founded in 1912 and has since become a landmark in Western Hills. It is one of the oldest private clubs in Cincinnati and includes dining rooms, a bar, and a golf course. The neighborhood around the country club, especially on Neeb Road, includes some of the largest and most beautiful houses in the city. Most were built during the 1920s, and their original owners belonged to the Western Hills Country Club.

How to get there

Take I-75 north to exit 2B, Harrison Avenue, on the left side of the highway. Take the

After about a half mile, turn right onto Guerley Road. At the top of the hill, Guerley changes its name to Cleves-Warsaw. Continue to follow this road straight for another two miles. The country club and golf course will be on your right.