Kala Ambrose, author of  Spirits of New Orleans and Ghosthunting North Carolina, shares with us the story of the lonely Ghosts of Foscue Plantation House. 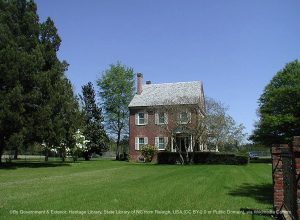 Apparitions of wounded soldiers and slaves in chains are reported around the Foscue Plantation House.

Traveling out to see the plantation, I couldn’t help but think about its history, a place of bondage for 40 slaves who worked on the plantation; a hospital for soldiers, many of whom undoubtedly died on the grounds; and a house ransacked by Union soldiers and then left alone, depleted and desolate after the war.

Here I was again, traveling to a home that had been built by a family who would end up having to flee to find safety during the Civil War. This War Between the States may have been the event most directly responsible for creating so many ghosts in the South—at no other time did brother fight against brother across this land. 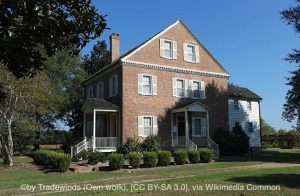 As I approached the plantation home,
it appeared smaller to me than I had pictured it on the ride. While it certainly isn’t a small cottage by any means (the house has three floors and a basement), it just seemed too small to have held such sorrow.

The home itself is beautifully restored, and the architecture is quite interesting, including the bricks of the home, which were made by hand on the property. The house has remained in family ownership for eight generations, which is a testament to the strength and commitment of the family, who undoubtedly had to struggle to make ends meet for some time after the war.

The small graveyard located behind the home includes the grave of John Foscue and reminds one of the many deaths this place has seen over the years. Iron gates greeted me at the entrance to the plantation. There are several magical theories about iron, which state that iron can be used as a barrier to contain spirits in one space.

Apparitions of wounded soldiers and slaves in chains are reported around the home and grounds. While walking around the area, I could feel a presence watching me. It felt like a guardian, who kept a watchful eye for the slaves and was still attached to the land. It’s hard for me to shake the sadness I felt on this land; it still haunts me to this day.